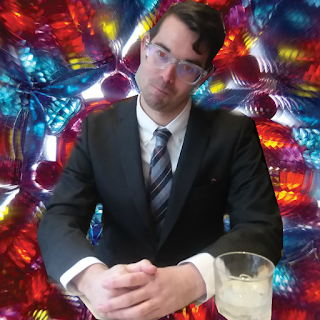 Francis Nally (1991-) was born and raised in Pennsylvania. He graduated from Rosemont College with a degree in English and Communications. Nally is a pioneer in the avant-garde blogging movement known as the “alt-left.” His writing has been compared to Jim Goad, Peter Sotos, and Katherine Dunn. Nally wrote two books under the pen name “pilleater,” Almond Eyes, Baby Face (2016) and Trip (2017). His band is Phteven Universe and has released four cassettes; Phteven Universe, おさかなといっしょ, illicit, and Asian Girlfriend (all released in 2018). Nally's book, A Manifesto About Stalking Patrick Hyland (2018) is his first published book under his real name. His most recent book is Queer Culture: A Transgressive Tradition. An Introduction for The Normie and The Misguided Artist. (2019).

This work is licensed under a Attribution-NonCommercial-NoDerivatives 4.0 International License.