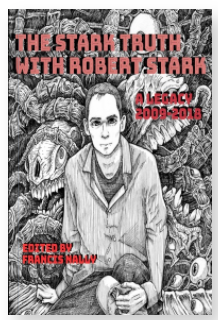 When I was a teenager, I was a huge fan of Voice of Reason broadcast, otherwise known as “reason radio network.” Robert Stark was my favorite program and I learned a lot of new things from him. One day, I sent an email asking him to have on Bratt Sinclaire to be on the show. Instead, he asked me to be on to talk about him. The rest is history. I quickly became his co-host and I got on many amazing celebrities. And we eventually got Sinclaire on the show too!

Here is a brief list of every Stark Truth episode I was in:

The following were recorded under my real name, Francis Nally: