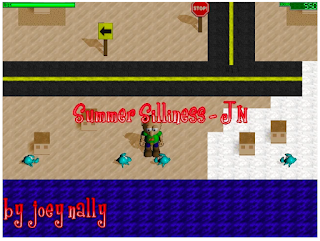 When I was 13 to 14, I use to make levels for Dr. Lunatic Supreme With Cheese.

My published levels are as followed:

...There's also a Halloween Horror level I made too. I forget which pack it is in.

Mike Hommel is a complete fucking pushover. He banned me from his forum back in 2005 when I said "FUUCKKKK YOOUUUU" to a user who was condescending against my levels. I never looked back at Hamumu Software since.

He seems to be married to fat ugly chick and they are both self-hating white people from a SWPL neighborhood. Also, Mike advocates pronouns and goes by He/Him. "He's" also about DEFUNDING THE POLICE and BLACK LIVES MATTER. Talk about wanting to be a cool kid into Antifa logic!